The Best Advice for Creatives…in under 20 minutes! 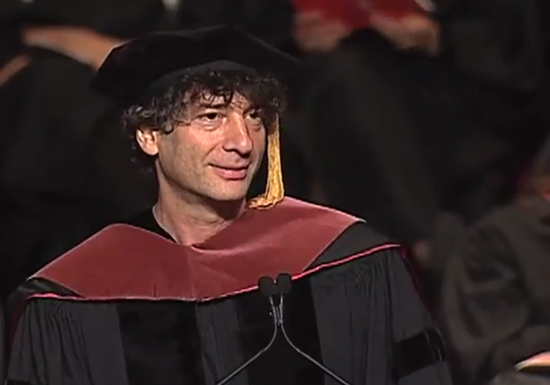 It’s been awhile – yes, a LONG while – since my last official post. Curiously, looking back at my last post, I wonder if that that was just the jumping off point to something more – at least in terms of my headspace. Anyway, suffice to say that a lot has happened – both good and bad – since then. As a result, I think, I’ve moved back into more of a creative groove – both personally and professionally. I’m sending around my formerly mentioned manuscript to a few close friends/critics for a final read though before I start the agent-hunting process, and in the meantime have been hard at work at what I term ‘a kids book for adults’ – had the initial idea back in ’06 but life and the other novel got in the way.

That’s a good thing, I think, because the idea got to stew a bit in my subconscious and I’m tearing through it now – really on fire and it should be completed shortly (it’s not too long, either, which helps and forces me to write clean and make every word count). Basically, In about a month or so, I hope to be looking for both an agent and an illustrator for this one.

Plus, I’ve got a couple of side ventures going as well – development and R&D on some products and businesses. Lots going on. I’m also reading a book by Don Hahn on creativity called Brainstorm. It’s good – he’s an Oscar nominated producer for Disney and in many ways a creative soul-mate I think. He notes that we are constantly bombarded by things, and that for creatives, we need to express our reaction/response to them or we short-circuit a bit. The exact quote is along the lines of “Impression without Expression equals Depression”. I think he’s right.

Anyway, back to the promise of the Headline: I’m a big Neil Gaiman fan and found this video on Tim Ferriss’ site.  It’s Neil’s commencement address and it’s brilliant – you should watch it.  Twice.

That’s it for now – busy busy.  Must get back to making things that have never been.